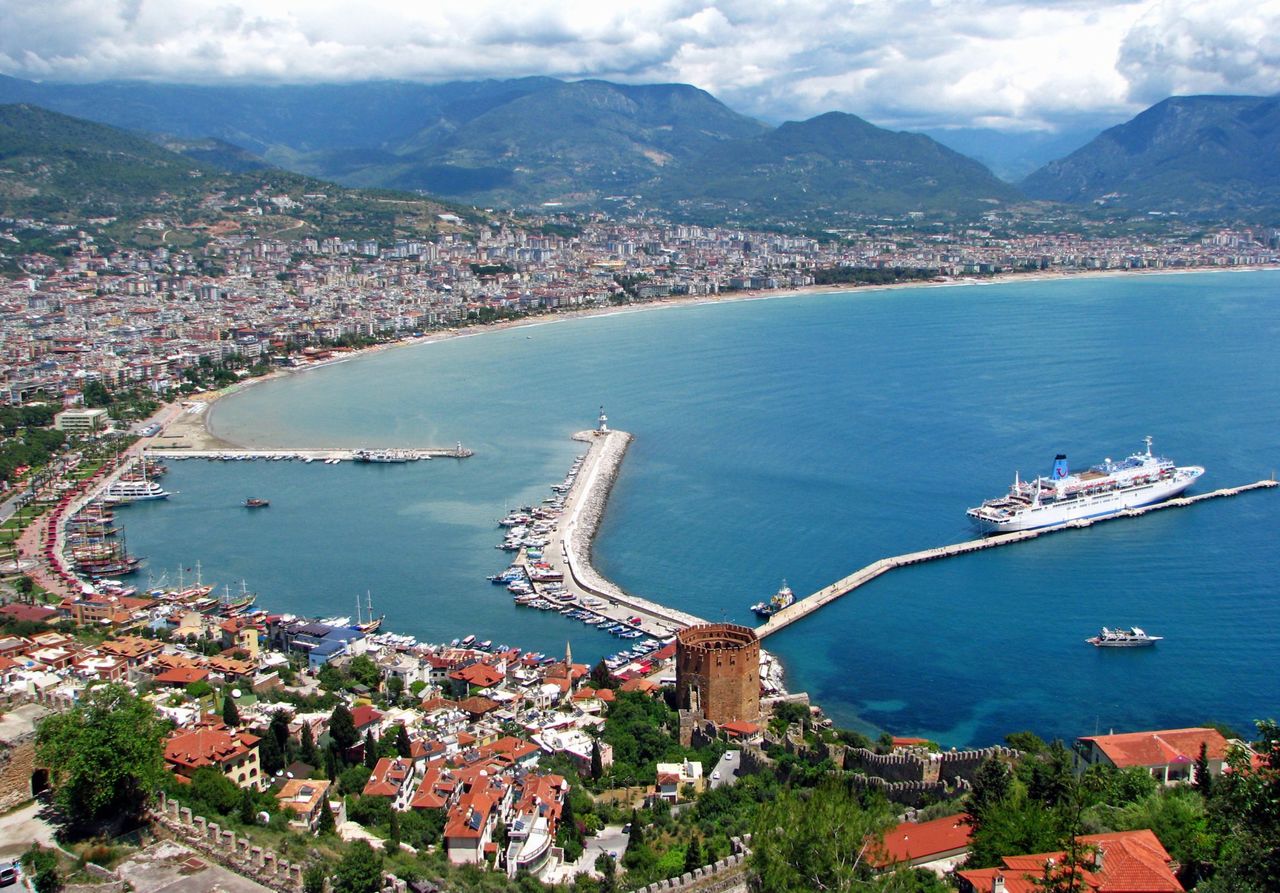 Alanya is a resort city in the central part of the Mediterranean coast of Turkey, which is often called the Turkish Riviera. The city is famous for its wide beaches surrounded by hotels, including Cleopatra's beach, where, according to legend, the Egyptian queen bathed. Ottoman villas with red-tiled roofs and the octagonal Kyzyl-Kule (Red Tower), symbol of the city since 1226, are located on the territory of the huge fortress of Alanya, which was erected by the Seljuks on top of the sheer cliff that goes into the sea and turned into an open air museum. 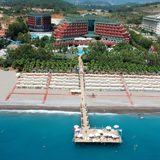 Located among the palm trees on the Mediterranean coast. It is located 90 km from the airport of Antalya, 32 km from the cities of Side and Alanya. For your wonderful holiday there is a magnificent hotel consisting of one 6-storey building with 416 standard rooms, with 4 panoramic elevators and one 7-storey building with 3 elevators and 79 family rooms and 3 standard rooms. Total area 50.000 m² 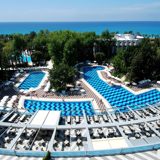 The hotel is located 90 km from Antalya Airport, from Side and Alanya 32 km. In 2014, a 5-star hotel opens in an amazing area with a rich history and green nature, leaving unforgettable impressions about your holiday. A 6-storey building with 447 rooms, 4 panoramic elevators and 6 elevators for guests is waiting for you for a wonderful pastime. 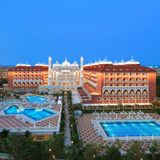 Royal Taj Mahal, belonging to the Stone Group hotel chain, covers an area of ​​40,000 m², opened on June 15, 2015. The distance from the hotel to the city center is 5 km, to the city center Manavgat - 10 km, to Antalya airport - 48 km. Royal Taj Mahal is located on the golden sandy coast of the Mediterranean Sea, in a quiet place with a beautiful area, a total pool area of ​​2170.80 m² and children's pools. Stone Group hotels are renowned for their home comfort and excellence. 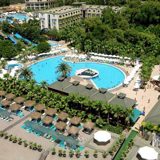 On the unique nature and the area rich with historical events, with an area of ​​90.000 m² and 457 rooms. Botanik Hotel is located 90 km from Antalya Airport, 32 km from Alanya, 30 km from Side. Botanik Hotel & Resort, consists of one 3-storey main building, 3 buildings, in which you will feel yourself in coziness and comfort.